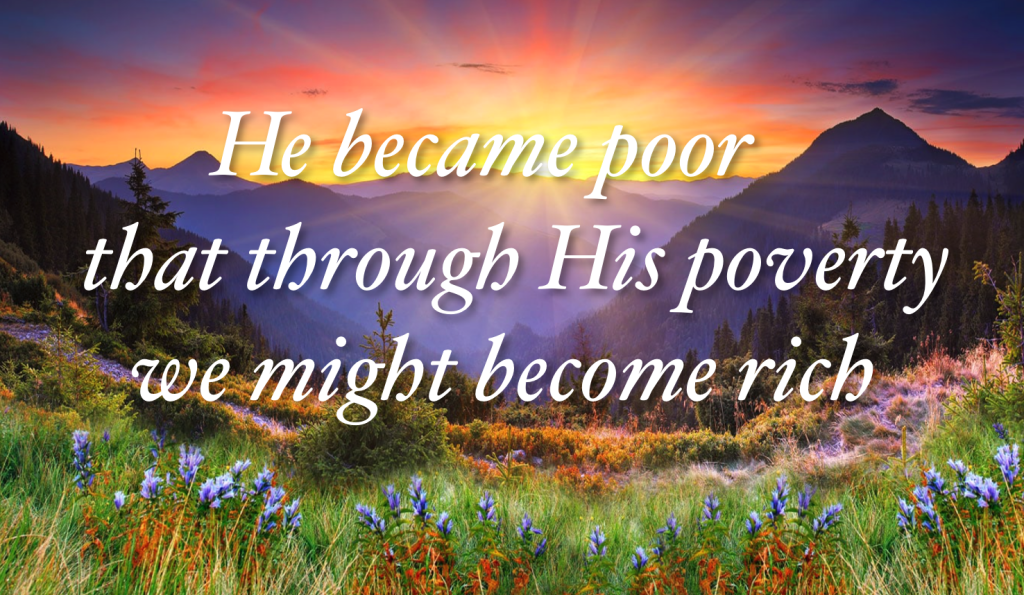 Have You Consider What Jesus Left Behind?

“You know the grace of our Lord Jesus Christ, that though He was rich, yet for our sake, He became poor in order that we through His poverty might become rich.” (2 Corinthians 8:9)

The Gospel of Luke chapter 2 records that Jesus came into the world in human form. In getting further into the scriptures, have you ever considered what Jesus left behind for you when He came down?

The Bible tells us that Jesus Christ is God. John Chapter 1 begins with, “In the beginning was the Word, and the Word was with God and the Word was God.” Jesus is God! He is the all powerful, all knowing, and all present God. Jesus is Lord over all!

As God, He was there in eternity past, eternity present, and eternity future. He was there being worshipped with the Cherubim and Seraphim proclaiming, “Worthy and holy!” He was, and is still, in total glory.

Jesus said in John 17, “Father, glorify Me with Yourself, with the glory I had before the world began.”

This is where Jesus was – in glory. The glory that Moses could not look upon. A glory that filled the Temple so thick that the priests could not freely go in to minister. A glory that caused Peter, James and John on the Mount of Transfiguration to fall on their faces in complete fear and reverence. A glory that is presently in heaven with angels bowing before His throne in worship.

In consideration of these things, take a moment to think about what Jesus left behind for you.

He is the Creator of the Universe. He spoke the world into existence. He breathed the breath of life into the nostrils of man. He put the planets in their orbits, hung the stars in space, and keeps the earth rotating upon its axis. Jesus sustains all creation. “He is before all things, and in Him all things hold together,” (Colossians Chapter 1). The entire Universe is subject to His command, power, and absolute authority!

Yet because of His love for mankind, He came! He laid aside His divine privileges, took the form of a man, and became what we are so that we could become what He is, glorified! (Philippians 2:5-8).

Paul emphasized it further in 2 Corinthians 8, “You know the grace of our Lord Jesus Christ, that though He was rich, yet for our sake, He became poor in order that we through His poverty might become rich.”

That is what Jesus did for you and for me. He not only emptied Himself out willingly, but He gave His life on that cross at Calvary so that we could have everlasting life with Him in glory.

Again I must ask, have you considered what Jesus left for you?